The massacre against over 400 Kurdish people, including 120 children, in Tal Abyad in northern Syria is probably the most horrible incident on Syrian soil since the beginning of the foreign-supported proxy war, terrorism, and violence in Syria (including the attempt to implement the so-called Salvador option on Syrian soil). 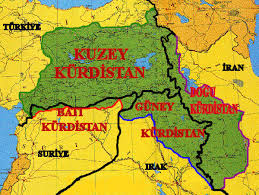 The foreign-supported terrorist groups, criminals, gunmen, and jihadists are responsible for a lot of violence, rapes, tortures and many other horrible crimes between the borders of Syria. Their backers in the West, in Israel, Turkey and also in the both totalitarian dictatorships of Saudi Arabia and Qatar have this blood on their hands, too.

The Tal Abyad massacre by the Syrian Al-Qaeda offshoot, Jabhat al Nusra, has such an huge level of atrocity that it is almost not to believe, or at least, one is almost unable to believe that so-called humans are able to kill over 400 innocent Kurdish civilians, including the horrible large amount of Kurdish women and children.

The barricades of the Al-Qaeda-linked groups and Free Syrian Army (FSA) massacred scores of Kurdish youths, and kidnapped hundreds of people, mostly Kurdish women and children, Jankalan reported. The world is still silent on the massacre.

Northern Syria – This Is a GENOCIDE!

They announced fatwa from mosques

When the imam entered the mosque to recite the azan, they did not let him recite it.  Instead, they read their ordinance on Kurds. They said ‘it is time to annihilate Kurds’. They announced from the loudspeaker on the minaret that ‘the belongings and honor of Kurds are halal to you’.

They shot my cousin Cuma Diban Kalo before my eyes. They did not let us touch his corpse. They abducted his mother Arife Tarbuş, sisters Şems, Rukiye, Meyedde, Rabia Kalo and his one-year-old daughter.

They had to wait until dark to escape from the armed gangs, said Kevser Kalo.

When it got dark, we took our children and set out. We reached the desert after walking for about two hours in the dark. Our children were hungry and thirsty. But there was nothing to do.

We heard voices around us and not a long time passed before we realized that they were families trying to save their lives. We stayed in the middle of the desert for three days. Then, we somehow made it to Aleppo, and then we came here.

The fear of women could be felt through their words and the look in their eyes. “Our neighbor was killed before our eyes,” Kalo said and added that Hamam’s two wives and 5 children have been kidnapped by the gangs. “We had about 20 families in the village but we all lost one another,” she stated.

We are massacred because we are Kurdish

The remarks of Verdê Hawa, a member of the Hawa family who escaped from Tel Aran, reveal the ferocity of the situation in the region:

We have saved our lives by escaping from our village to the desert with our three children. They killed Semir and Ali from our family before our eyes. We were able to come here after walking under the burning sun of the desert for three days. They have committed this massacre because we are Kurds. We have no crime other than being Kurds