Under its commander, Abu Bakr Al-Baghdadi, 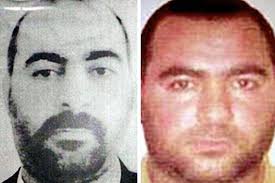 Al Qaeda’s Islamic State in Iraq and Levant – ISIS – formed up Wednesday night, June 11, to march on Baghdad in two columns – one from Tikrit, which fell a few hours earlier, to Taji, just 20 km from the capital; the second from Tuz Khormato, 55 km south of the northern oil center of Kirkuk.
The Shiite Prime Minister Nuri al-Maliki ordered the last two divisions and six mechanized brigades, totaling 50,000, still operational out of his million-strong army, to build a defensive line to save Baghdad and the seat of Iraqi government from the enemy.

But it remains to be seen how these units perform, given the way the 3rd and 4th divisions supposed to have defended Mosul and the central Salahuddin province melted away under Al Qaeda onslaughts Tuesday and Wednesday, June 10-11.

Al-Baghdadi has assigned the second column heading for Baghdad the additional task of wrapping up Islamist control of the eastern province of Diyala on the Iranian border.

The first column will approach the capital from the north; the second from the east. Suicide bombers have meanwhile fanned ahead of the columns to smash the roadblocks and military posts set up in their path to check their advance
This week, Muslim extremists worldwide acclaimed the ISIS chief their hero.
JANKALAN  report that al Qaeda’s march of conquest at incredible speed, while causing havoc and misery across Iraq, is also beginning to mutate from a terrorist assault into an insurgency. It is gathering up a growing following of disaffected Sunnis ready for revolt against the Shiite-led government in Baghdad

Sunni Muslims account for around one-third of the Iraqi population of 35 million and their numbers are therefore in the region of 12 to14 million.

Wednesday alone, in a lightening push, ISIS fighters captured the Iraqi oil refinery and electricity power center of Biji (Baiji), 200 km southeast of Mosul, torched the court and police buildings and warned local police and soldiers not to challenge them. They next moved south to seize Hawajah and Tikrit, Saddam Hussein’s birthplace, 140 km northwest of Baghdad. 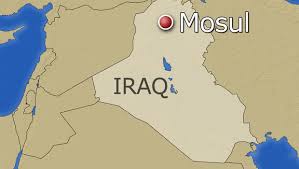 With the Mosul refinery, the Islamists now control Iraq’s northern oil refining facilities as well as the Biji power center which supplies Baghdad and Kirkuk with electricity.

Our military sources found various Sunni militias, who had never before followed al Qaeda – not during the American occupation, or even last year when al ISIS began moving fighting strength from Syria to Iraq – flocking to the ISIS campaign against Nuri al-Maliki. 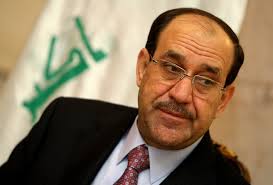 Among them are not only demoralized army commanders, but adherents of  the dictator Saddam Hussein’s secular Baath Party, who have come out of retirement to join the jihad against Shiite rule.
Wednesday night, the panic-stricken Al- Maliki accused Sunni politicians and army chiefs of “betraying the Iraqi motherland.” He refused to believe that Al Qaeda had been able unaided to conquer northern and central Iraq in a two-day blitz, unless it was the fruit of a long conspiracy carried out between the Islamists and Sunni leaders behind his back. The Iraqi prime minister alleged that the Sunni plotters against the government had provided Al-Baghdadi with intelligence, funds and arms caches ready for his fighters to use.