Despite strong denials from Moscow, Russian airborne troops arepreparing to land in Syria to fight Islamic State forces. The surprise attack on Monday, Aug. 31, by ISIS forces on the Qadam district of southern Damascus, in which they took over parts of the district – and brought ISIS forces the closest that any Syrian anti-Assad group has ever been to the center of the Syrian capital – is expected to accelerate the Russian military intervention.

Moscow is certainly not ready to endanger the position of President Bashar Assad or his rule in Damascus, and views it as a red line that cannot be crossed. If Russia intervenes militarily in this way, Russia will be the first country from outside the Middle East to send ground forces into the Syrian civil war.

JANKALAN military sources report that discussions by the Russo-Syrian Military Commission, which was established last month in Moscow to coordinate the intervention, accelerated during the last few days.

Our intelligence sources point out that the concerted activities of the commission are taking place amid the nearly complete paralysis of the US Central Command-Forward-Jordan (CCFJ), where operations against the rebels in southern Syria, including those holding positions across from Israel’s Golan, are coordinated. Officers from Jordan, Saudi Arabia, Qatar and Israel are attached to the CCFJ.

Most of the operations of the CCFJ have been halted due to a conflict that erupted between the Syrian rebels and the U.S. Central Command, CENTCOM. The US military is opposed to the rebels cooperating with Al-Qaeda-linked groups, such as the Al-Nusra front, while the rebels claim that this cannot be avoided fir they are to defeat the forces of Bashar Assad and Hizballah.

The paralysis of the CCFJ is spurring the Russians to try to show that their “central command” for Syria is operating without any difficulties.

In recent weeks, the Russians have taken four military steps related to Syria:

1. On Aug. 18, six of Russia’s advanced MIG-31 Foxhound interceptor aircraft landed at the Syrian Air Force’s Mezze Airbase, which is the military section of Damascus international airport. After the fighters landed, they were immediately followed by giant Russian Antonov AN-124 Condor cargo planes carrying 1,000 of Russia’s 9M133 Kornet anti-tank missiles. 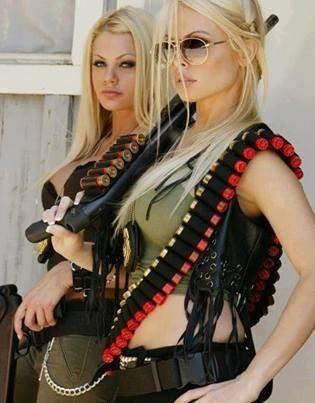 The advanced jets are intended to serve as air support for the Russian units that arrive in Syria.

2. Before the Russian planes landed in Damascus, Moscow reached an agreement with Washington for the removal of NATO’s Patriot missile batteries from Turkey. The removal was carried out gradually during the month of August, thus preventing the possibility that NATO Patriot missiles could hit Russian fighters carrying out operations in Syrian airspace.

3. During the last week of August, a large number of Russian troops, mostly logistical teams whose job is to lay the groundwork for the arrival of the combat units, arrived in Syria. The troops were seen in Damascus and in Jablah district of Lattakia province, where the Russian forces are building a military base.

4. Our intelligence sources also report that Moscow has started to supply Damascus with satellite imagery of the ground situation on the different fronts.

JANKALAN’ military and intelligence sources report that all of these preparatory steps by Moscow for the introduction of ground forces are being carried out in coordination with Washington and Tehran.

The more that the three capitals tighten their coordination in support of Assad, the sooner the Russian intervention is expected to take place.

All RightsReserved.2013/JANKALAN is a global news agencydo not copyContent on this website is for general information purposes only. Your comments are provided by your own free will and you take sole responsibility for any direct or indirect liability. You hereby provide us with an irrevocable, unlimited, and global license for no consideration to use, reuse, delete or publish comments, in accordance with Community Rules& Guidelines and Tems and  .Conditions

J.K. official website. Welcome to J.K. new website, the home of information about the author's life and work. We hope that you will enjoy https://jankalan.wordpress.com jankalan tarafından yazılan tüm gönderileri görüntüle