Some of the counter-guerilla gangs of the Turkish Intelligence Agency (MİT) and Parastin (KDP’S intelligence agency) in South Kurdistan have been exposed.

According to JANKALAN, the ID and location information of 9 counter-guerilla gang units working for the Turkish Intelligence Agency (MİT) and Parastin (KDP’S intelligence agency) in Duhok, Hewlêr and Sulaymaniyah have been exposed.

News of Parastin and MİT’s training of counter-guerilla gangs on intelligence gathering, sabotage, assassination, abduction, interrogation and execution tactics in Hewlêr’s Kuştepe and Duhok’s Zawita regions against the PKK and other Kurdish parties in South Kurdistan had recently emerged. Accordingly, the counter-guerilla gangs operate in Medya Defense Zones, Duhok’s Zaxo, Amediye, Derelok and Şeladize areas, Hewlêr’s Diyana, Çoman, Werte and Qastre; and Sulaymaniyah’s Ranya, Sengeser, and Qaladize areas. The cities of Duhok, Hewlêr and Sulaymaniyah are the main counter-guerilla centers

Director of the Secret Service PARASTIN

The names and photos of several counter-guerilla units that had been identified by the security personnel of South Kurdistan have been made public. All of these people were given KDP IDs, and below is the information on these counter-guerillas: 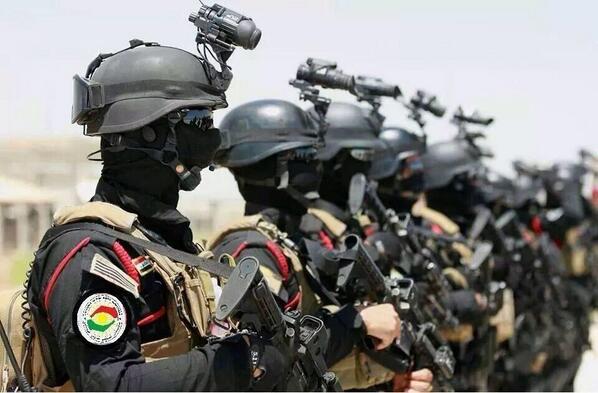 Agents of MIT and parastin in the villages of Qandil

Below are the names of the agents that work for the MİT and Parastin for 800,000 Dinars (600 $) a month in Qandil’s Bokriskan, Zergele and Pırdeşal villages:

These local collaborators are reported to provide coordinates for Turkish warplane’s bombardment of Qandil’s villages with the Samsung smartphones that have been given to them.

KDP members from Qandil forced to spy on people

MİT members from the Turkish consulate in Hewlêr working with KDP’s Parastin carries out its agentification efforts in the Grand Hotel in Hewlêr. KDP employees from the villages of Qandil are summoned to the hotel by Parastin and convinced to work with MİT gangs in exchange for 800,000 Dinars (600 $) a month. MİT members Mustafa Toker and Savaş Kutluk play key roles in this process, and use the information they receive from Parastin for recruitment purposes.

The attacks and provocations of MİT gangs are not only in South Kurdistan but take the form of car bomb attacks and assassinations disguised as ISIS acts through the use of SNC in Rojava. MİT has transferred 5 million USD to the SNC for these acts, and SNC gangs receive training on sabotage and assassination in KDP camps. 15 of such gangs are reported to have recently entered Rojava illegally.

All RightsReserved.2016/2013JANKALAN is a global news agencydo not copyContent on this website is for general information purposes only. Your comments are provided by your own free will and you take sole responsibility for any direct or indirect liability. You hereby provide us with an irrevocable, unlimited, and global license for no consideration to use, reuse, delete or publish comments, in accordance with Community Rules& Guidelines and Tems and  .Conditions